Beginning with the September 2020 issue, The Enthusiast magazine, a storied name from Harley-Davidson’s past, is returning to print. Originally published by the Motor Company from 1916 to 2008, The Enthusiast title is replacing HOG Magazine as a showcase of motorcycle culture and riding lifestyle presented through the lens of the Harley-Davidson brand.

“This is the return to a great tradition,” said Jochen Zeitz, Harley-Davidson president and CEO. “We believe The Enthusiast title is more relevant today than ever. In a year when so many people have been stuck inside, we passionately believe in getting out in the world, riding the open road, and experiencing adventure. Now is the time to show enthusiasm for motorcycling and the lifestyle that surrounds it.”

With an all-new design and editorial layout, the first issue of The Enthusiast arrives in H.O.G. member and employee mailboxes around the world this month with a cover story featuring Ewan MacGregor and Charley Boorman, stars of the new Apple TV+ series “The Long Way Up.” The story recounts the epic motorcycle adventure MacGregor and Boorman experienced on a 13,000-mile journey aboard Harley-Davidson® LiveWire™ electric motorcycles through South America, Central America and Mexico.

All full and life Harley Owner Group members will continue to receive a complimentary subscription to The Enthusiast magazine as part of their membership benefits. Digital back issues of the magazine are available free on h-d.com and in the U.S. market in the Apple iOS and Google Play App stores. The company is also exploring new ways to deliver the print magazine to readers in the U.S., including by selling single copies of the magazine on the H-D eCommerce site and through limited retail establishments, including at Harley-Davidson dealerships and select boutique motorcycle shops. 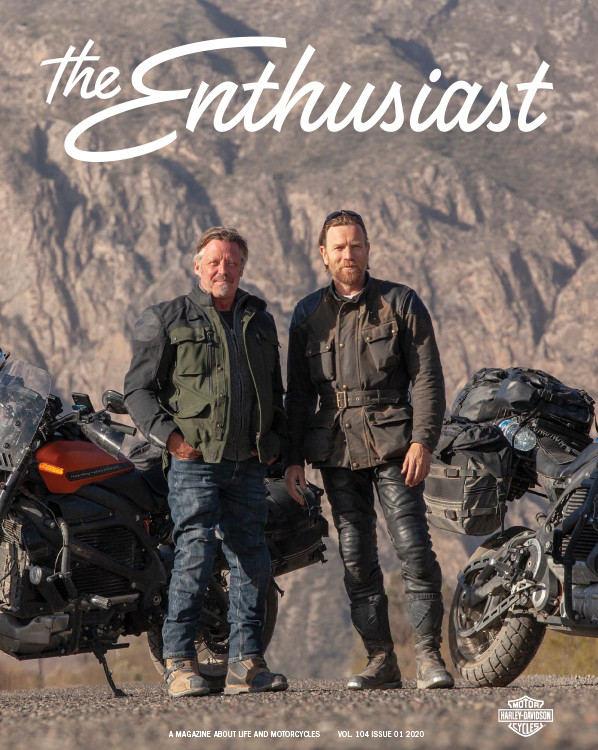